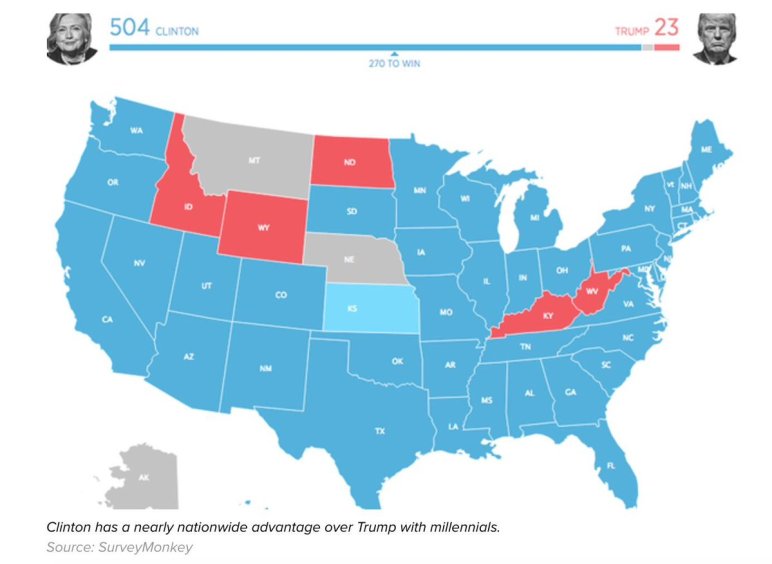 You have had your time old man

You saw the pinnies stripped away

You take a last gasp of easy power

Voicing your dark doubts to hear them echoed back

But we are not afraid

We have been bonded to our sisters and our brothers

Since birth in hot pot families

Since we could slide a sticky finger across a screen

We know what must be done.

You have had your time old man.

I ‘m a novelist but sometimes things bust out as poems.  I’m Gen-X so this is for many of us and many of our parents, but mainly for most millennials. I’m not american but we are all in this together.

Where less than half of voters in the 2016 USA election voted for the new President, the proportion of support from younger voters was significantly lower. This reflects a global trend towards more tolerant values among younger people who are more likely to be concerned about climate change and see themselves as citizens of the world.   The character Ruby, in my novel Ruby and the Blue Sky, was inspired by ‘millennials’ I’m fortunate know.